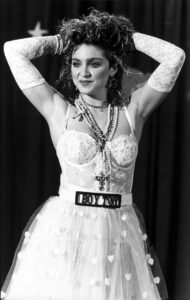 (The author of this content prefers to remain anonymous, but it is being shared with the author’s permission.)

I was meeting with a university professor a few years ago who was lamenting the amount of plagiarism going on in his classes.

Apparently one method that was being used was to take someone else’s work, run it through Google translate back and forth between various languages, and then run it through Grammarly in order to smooth out any of the rough edges. If it’s done enough times you can have a 10 page essay slip past the plagiarism detection software.

He pulled out a paper to show me an example of what one of the students came up with while trying to cheat the system. Of interest, the following phrase:

The student, writing on The Persians by Aeschylus, had pulled directly from a website article where the original phrase was “Defeat is unthinkable”.

This particular student also forgot to turn off their “track changes” option in Word because you could witness the evolution of the deception.

Today the word is rendered in some translations as “sexual immorality”. Go back in time it used to be “harlotry” or “fornication” and if you track it back to its New Testament and Septuagint roots it is porneia.

Don’t eat meat sacrificed to idols and don’t commit porneia – and if you’ve got your modern version with you you’re reading it as sexual immorality and it makes sense.

Sex is on our collective minds and we need to know, as good Christians, what it is that the Bible has to say about it. Pastors need a hook to rest their hats on Sunday morning and here it is with resounding clarity.

The great thing about this translation, from a preacher’s perspective, is that it can mean anything.

What does “unchastity” mean?

You can put anything in there that you don’t like. Racy music videos. Short skirts. If you follow in the footsteps of Mark Driscoll and his ilk: not providing for your husbands needs. Gender and identity. Being gay. Non-procreative copulation. Flirting. Birth control. Sex education. Enjoying sex too much.

The list goes on. I’ve studied this single word for 25 years and it never ceases to amaze me what pastors will include in their unchastity lists. (Protip – youth pastors are even worse) Not to mention just how focused these lists tend to direct their meaning toward the specific behaviour of women rather than consider what it is that men do.

This was the instinct of Ursinus who was one of the authors of the Heidelberg Catechism. In his commentary on Q&A 108 and 109 he includes his own sin list filled with oddities (better treated in this video by Dr. Jim Payton).

Like all others he has taken the term porneia and made it mean something that it didn’t in the time of Paul.

This is the crux of the problem.

If you go to a Bible lexicon (for example, the BDAB which is the standard for translation) you’ll find that unchastity and sexual immorality are in there as potential translation options but if you dig down into the entry and into the references cited you’ll find out that that particular way of looking at the word didn’t evolve until Gregory of Nyssa in the late 4th century CE. This is one of the first treatments of the word that expanded it into a list of more generalized sexual prohibitions.

When Paul was writing and in the Septuagint tradition that he would have existed in – the word had a more narrow and nuanced meaning.

It means to prostitute oneself. To sell yourself.

For a Jewish reader it didn’t necessarily involve sex. The first occasion of porneia in the Old Testament was the story of Jacob and Esau in which Esau sold his birthright for stew (Hebrews 12:16).

It was inextricably linked to the story of Balaam and the tempting away of Israelite men through the hire of foreign prostitutes and where the judgement of the prophets against Israel in a twist of irony is that it was they, in their relationship with God, who had sold themselves instead.

The treatment of porneia in the book of Revelation is deeply connected to the Balaam story as is the invocation of Jezebel and the metaphorical temptation of the prostitute (see the message to Pergamum and Thyatira in Revelation 2. (It is no coincidence that the two accounts are together as this would have been a regular association in that time: see Josephus who makes the same connection).

When this is all put together with the Acts/Paul treatment that binds porneia with meat sacrificed to idols we start to see a different picture emerge.

The problem of sex wasn’t the problem of the Bible. The problem was always about being unfaithful to your relationship with God. Either you would prostitute yourself out for something lesser (porneia) or you would buy in to something unworthy (meat).

To a Jewish Christian audience this wasn’t a problem. Their adherence to these restrictions was a matter of culture and religious practice.

For the Gentile, who would still be associated with the temple cult, religious prostitution and meat sacrificed to Roman gods was normal practice and served as a place of temptation to draw both new Roman convert and Jewish Christian discovering the notion of a believer’s freedom away from their relationship with God in Christ.

It wasn’t the sex. It was where the sex might lead.

Gregory did not have access to the language and history that was behind Paul and John. Ursinus ate from fruit of the poisonous tree. Modern translations follow suit.

The result is that we have rendered a very powerful Biblical word to be significantly different than its intent and in doing so have created a foundation of a theology of human sexuality that is largely based on our own taboos and hurting LGBTQ+ without justification in the process.

A reformed hermeneutic ought to be able to do better than this.